Which according to you will the best hybrid app framework in the next year?

When we talk about framework, it comes down to native apps vs hybrid apps. Here we’ll specifically talk about the hybrid app framework and the best ones, but before that, you might need to be accustomed to the basic differences to proceed. For developers who are aware know which one to root for but for those who do not know, the following explains the differences between the two.

Native- Native apps are singularly developed for their inherent platforms, either iOS or Android. A native Android app will be written using Java or Kotlin and a native iOS app with Objective-C or Swift. The Android ones can be complied by Android Studio and iOS apps with Xcode. Native apps are the fastest but at the same time expensive. The app written for one platform cannot be used by the other. For eg., An app written in Kotlin cannot run on iOS platforms and vice versa.

Hybrid- Hybrid app development can be defined as an amalgamation of native and web app developments, thus the name hybrid. Since hybrid apps are developed for more than one platform you will need the best cross platform framework. These apps are developed using web technologies including HTML, JavaScript and CSS. They are easier and quicker to build than native but aren’t faster than them. Few advantages of hybrid mobile app development include cost-saving and a single code base with which you can develop each app for multiple platforms. ..

There are many other aspects to Native vs Hybrid apps, but above are the key points to separate the two.

Coming back to hybrid mobile app frameworks, to get the best of it, you need highly advanced and exceptional frameworks. That’s why we provide you with choices where you can decide which framework suits you the best.

When we talk about hybrid app development, Ionic is amongst the most popular frameworks to exist today. The front-end HTML is built on top of AngularJS and Cordova using the most upbeat APIs including Shadow DOM and Custom Elements. The official integration with Vue (for support) is in progress. With Ionic, you’ll find it quite easy to build PWAs or Progressive Web Apps. Learning Ionic is actually easy for developers and it makes it enjoyable to use the framework.

It has a rich library with front-end building along with premier user interface components that enable a developer to create top-notch PWAs. It also enables developers to create fantastic designs and graphical representations in the apps. UI design aspects like image design and placement, typography, innovative themes, etc. are things which the Ionic framework will help a developer achieve.

The Ionic CLI (Command Line Interface) is a medium/tool which helps you in developing hybrid apps built with TypeScript and Node.js. It helps you to install the framework and get regular updates. The Ionic CLI provides you with a development server which is inbuilt, debugging tools along with other facilities.

Minimum requirements are Android 4.1 and iOS 7. Ionic has helped more than 5 million apps to take genesis.

Developed as a web-interface development platform in 2013, React Native was officially released to develop hybrid mobile applications in 2015. The framework created by Facebook has earned a pretty good reputation this year which is expected to continue throughout 2020 as well. Many pit React Native against ionic as they consider them as common alternatives. While experts argue that Ionic leads to better UI and performances among apps, React Native, on the other hand, gives the users an almost native like experience among apps with more stability. React Native has a huge potential to become the best hybrid framework for app development in the coming years.

Command over React Native depends purely on its usage. What this means is a developer may not gain expertise over it in the first few usage. One has to spend some time with the framework to comprehend the reactive pattern. But more than that, it’s the restricted UI features and the native features which compels developers to code more and more. Of course, given there are a lot of great things one gets to learn with it as well.

Among application development frameworks, React Native is extensively used to create iOS and Android apps. With a single JS codebase, it allows developers to make innovative mobile apps. Developers who are fluent in Java and Swift love to work on the React Native framework. It comes with Native modules and components which helps in boosting the performance of an app.

Many react native companies are adopting the framework to churn out next level hybrid applications. Brands like Facebook, Instagram, 2048 Discovery VR, Gyroscope, etc. are using this framework to develop world-class apps. 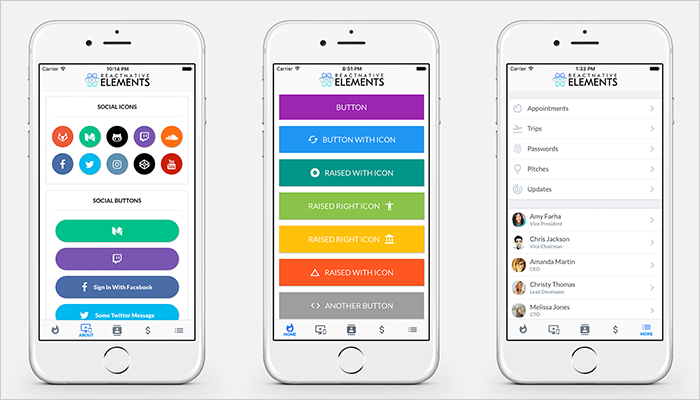 There has been a lot of hype regarding Flutter in the last two years. Google’s premier open source SDK has earned the respect of developers worldwide. Flutter uses the powerful language Dart another magnum opus of Google’s and the C++ rendering engine. The hybrid mobile app framework also uses Skia, a 2D rendering engine to make visuals. It is quick and aids to create superb foundation libraries and widgets.

Flutter enables developers to create apps with high-productive value as it has a single codebase for Android and iOS. It makes room to create highly creative UIs with flexible designs and allow compelling interactions which leads to creation of brilliant MVPs (prototypes). That’s why big brands want Flutter to develop their apps.

There is something about Google’s innovations because every new development of theirs because a hot topic of discussion among tech forums. Big names like Alibaba, Birch Finance, Hamilton Musical, etc. have adopted Flutter to create powerful, engaging apps. And since it gives the opportunity to learn a new language (Dart), it’s created a lot of hype and jobs in the market. More and more app development companies are adopting Flutter to develop engaging hybrid apps which the user will love to use. But if you thought, that’s it then let me drop a bigger Fact Bomb. Flutter and Fuchsia will be working together!

YES, you heard that right. Fuchsia which is Google’s new powerful mobile OS will have its app developed through Flutter SDK. 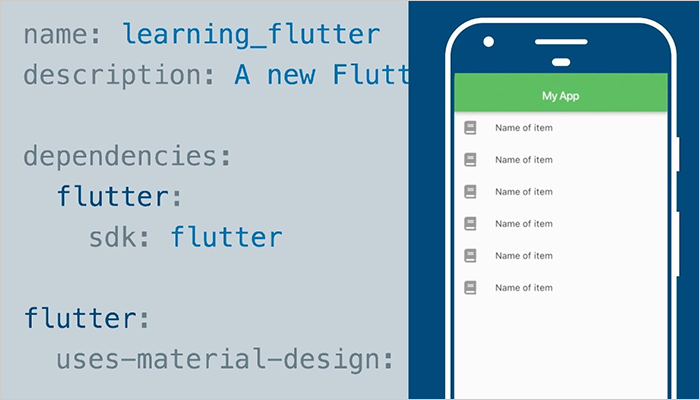 With so many great hybrid mobile apps framework out there, why would a developer (still) prefer PhoneGap? First let us know what it is.

PhoneGap is also known be Apache Cordova as it is supported by Cordova framework and Adobe. One of the top hybrid app frameworks, apps can be written with JavaScript, CSS3, HTML5 by developers. PhoneGap provides reliable cross-platform compatibility with just one code for all platforms. This reduces the efforts of a developer and makes it easier for him/her to progress. It’s quite cost effective and a great choice if apps need to be developed with budget-constraints. PhoneGap has some other worthy features as well including greater access to Native APIs, a strong backend support, notable UI libraries that can upgrade the interface and a lot more. Above all, it has Adobe’s trust.

An interesting feature of PhoneGap is ‘Build’. Now what is it? Build is its cloud compiler that can compile apps even without any SDKs installed. With the PhoneGap mobile development framework, a developer can mould a feature-heavy and fully customised hybrid mobile app. These apps have the potential to reach out to a wider audience in limited and function with total efficiency. PhoneGap’s best use can be seen when a developer goes on to create mobile web app which are not complex rather easy to use and understand. And if there’s a cash crunch, what better than PhoneGap? 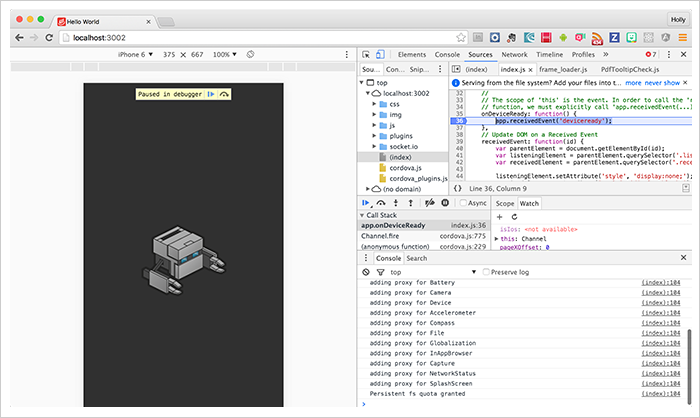 5. Xamarin- An entire framework ecosystem for the developer

Another important hybrid apps framework acquired by the software giant Microsoft, Xamarin is one of the most intelligent frameworks used by developers. It has been written using C# which is more modern and has improvements over Java and Objective-C. But what makes Xamarin so unique that it has the means to include libraries for Java, C++ and Objective-C directly. In fact, Xamarin’s assemblage of libraries is huge. The framework is reduced explicit cost and gives minimum budget hassles.

Where its gets interesting that Xamarin is often competing with React Native for the topmost spot. It’s because developers are looking for creative ways to build hybrid apps balancing both creativity and budget with equal proportions.

Xamarin can be used to develop hybrid apps for iOS, Android and Windows. It’s known to give an equal performance and UX of a native app. With their native UI controls, Xamarin apps show absolute prowess. The Xamarin Mac tools is a recurring name among hybrid app development tools. Interestingly, it’s known to follow the WORA principle which expands to Write Once, Run Anytime. On Xamarin’s official forum and also third party websites, it has a huge community and gets substantial support too.

Setting up Xamarin is a piece of cake. Developers need to download the Xamarin installer and run it. Once the installation is complete, they need to proceed with the configuration where they have to provide the whereabouts of Android SDK and Java. Once the procedure is complete, developers need to go Xamarin Studio to create their private accounts and follow the rules that are on display. Once done, the framework is ready for usage. 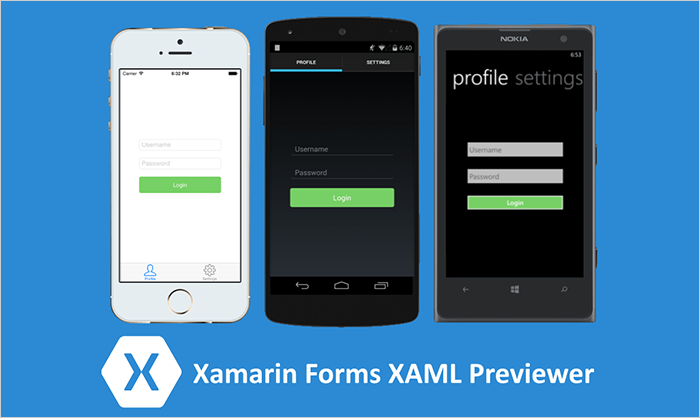