Laravel vs Yii: 8 Facts You Should Know Today 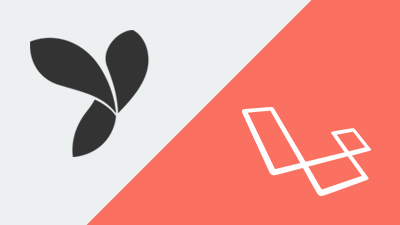 Laravel vs Yii: 8 Facts You Should Know Today

If you have a knack of building web apps for your business in PHP, Laravel and Yii are familiar names to you. In fact, you must have heard about the recent hype about Laravel too. Laravel indeed is a great framework and considered to be the best now-a-days. This brings us the topic Laravel vs Yii : 8 facts to know today!

We believe that the main idea behind using any tool or a framework is to get your task done in the best possible way. We are using Yii & Yii2 for about 3 years and started working in Laravel since the last year. Yii2 experience was good, but before starting to work on Laravel, we got the feeling that it would be far more smarter framework than Yii.

Laravel :: No scenario based validation is available in default package of Laravel. It does not provide any construct to validate a model at different scenarios. Moreover, there is no way to define fillable attributes based on scenario. You will have to custom code everything.

Yii :: Both massive assignment of model from the request parameters and its validation can be done based on scenario. Here is an example of Data type validation in Yii2

2) CLIENT SIDE VALIDATION Laravel vs Yii

Laravel :: No default support is available on Laravel.

Yii :: Provides out of box client side (JavaScript) validation of the form. You need to define only one set of rules of the model for validation in server side and client side.

Laravel :: We are suppose to declare route to each and every action in all controllers. We find its quite odd !! Besides why protected function of controller is being accessed from outside if provided in route. Somehow we believe that it should be task of framework to provide default routing. Even CodeIgniter provides it !! Though we thank Laravel for providing Resource Routing.

Yii :: Simple routing is possible as we don’t need mention route to each and every action. Route of actions are pickup by default. This same is the case of CodeIgniter as well.

Laravel :: No default support. Many projects have admin panel for CRUD functionality from various tables.

Gii provides a Web-based interface for you to interactively generate the code you want. It also provides a command line interface for people who prefer to work with their console windows most of the time.

Laravel :: Laravel has the best documentation for sure.  However, we personally believe the documentation could have been organized better and written in a more generic way as when you create a big thing, you increase the chances of making loopholes.

Yii:: On the other hand, though Yii does not have a very strong documentation like Laravel still it’s pretty organized. Moreover, it does not has a steep learning curve. If you are only following the docs you can easily start with basic coding.

Laravel :: “The PHP Framework For Web Artisans”, even after working for one year, we are still trying to get the feel of an “Artisian”. Frankly, we choose to work in Laravel because of such “razzmatazz”.

Yii:: Yii on the other hand has a pretty simple outlook where you can call the database from one model AND write code easily without creating many files.

7) RESOURCES AND SUPPORT: Laravel vs Yii2

Laravel:: Laravel has a large community with good support and it’s growing everyday. However, it is a new framework(Since 2012) as compared to others.

Yii: As Yii is an old framework (Since 2008) and has many developers associated with it already, it offers better support to developers with it’s larger community.

Laravel:: Laravel is a very focused framework which targets only web developers.

Yii:: Yii is for a broader set of audience. It caters to beginners, web developers, system administrators, media and publishing and research & development.

CONCLUSION OF Laravel vs Yii:

In the war of Laravel vs Yii, there is no doubt that Laravel is the largest used PHP framework in recent times and offers you numerous features to choose from. If you are trying to build a large scale web application or an enterprise grade app then Laravel is the best choice you can make. However, if you are looking for a framework that offers simple development opportunity and your goal is to develop small to medium grade applications then Yii2 is your cut.